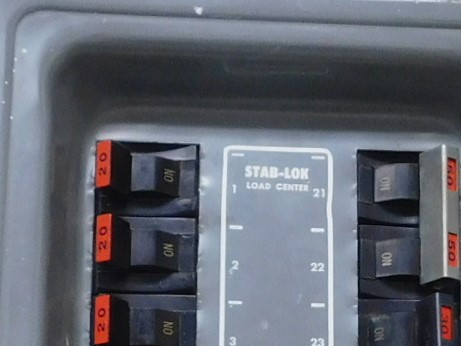 As a licensed home inspector since 2002, I have inspected over 5000 homes, and I have seen hundreds of homes with Federal Pacific (FPE) “Stab-Lok” breaker panels. These panels were commonly installed in homes beginning in the early 1950’s through the late 1980’s. I would estimate that I have found these panels in at least 10% of the homes that I have inspected.

What is the Problem with Federal Pacific (FPC) “Stab Lok” Panels?

Several studies have shown that a large percentage of the Stab-Lok breakers fail to trip when in an overload situation. Electrical breakers are designed to shut off the flow of electricity to a circuit in the event of an overloaded circuit, meaning that too much current is flowing. When too much current flows through a wire, the wire will get hot, and this can result in a fire. Breakers are designed to stop the overcurrent situation by tripping and stopping the flow of electricity.

Some studies have suggested that as many as 25% of FPE Stab-Lok breakers fail to trip when they should. Jesse Aronstein, an electrical engineer, who has been testing the FPE breakers for decades, has stated that FPE brand panels are involved in over 2000 house fires annually. However, there is no supporting evidence from any government agency or regulatory authority stating that these FPE panels are unsafe and should be replaced. There has not been a recall by the Consumer Product Safety Commission (CPSC).

Another problem with Stab-Lok breakers is the design of their mounting mechanism. This allows some of these breakers to have a poor/loose connection with the busbar. This can result in arcing which also can lead to a fire. Additionally, due to the sometimes-poor busbar connection, breakers have been known to come loose from the busbar when the cover is removed from the panel

The Home Inspector and the Federal Pacific “Stab-Lok” Breaker Panels

As home inspectors, we are in a difficult situation when it comes to Federal Pacific “Stab-Lok” breaker panels. In most cases, the FPE panel is “functioning as intended.” Functioning as intended is the normal measuring stick that we use when deciding whether or not to write up a specific item in the home as deficient or not. The Federal Pacific panel is functioning as intended because it is allowing electricity to flow to each of the circuits in the home, and because no circuit is currently in an overload situation with the breaker failing to trip. In the absence of any other issues with the panel (other than the name “Federal Pacific” written on the cover, should I write up a FPE panel as a “deficiency?” I have decided that there is enough evidence of the potential danger in these panels that I do write them up as a deficiency on the inspection report. I also recommend that they talk to a licensed electrician to determine what is best course of action. Based on my conversations with electricians, I believe the large majority of electricians will tell you to replace the panel.

Below are some photos to aid in determining if you have a Federal Pacific panel in your home. 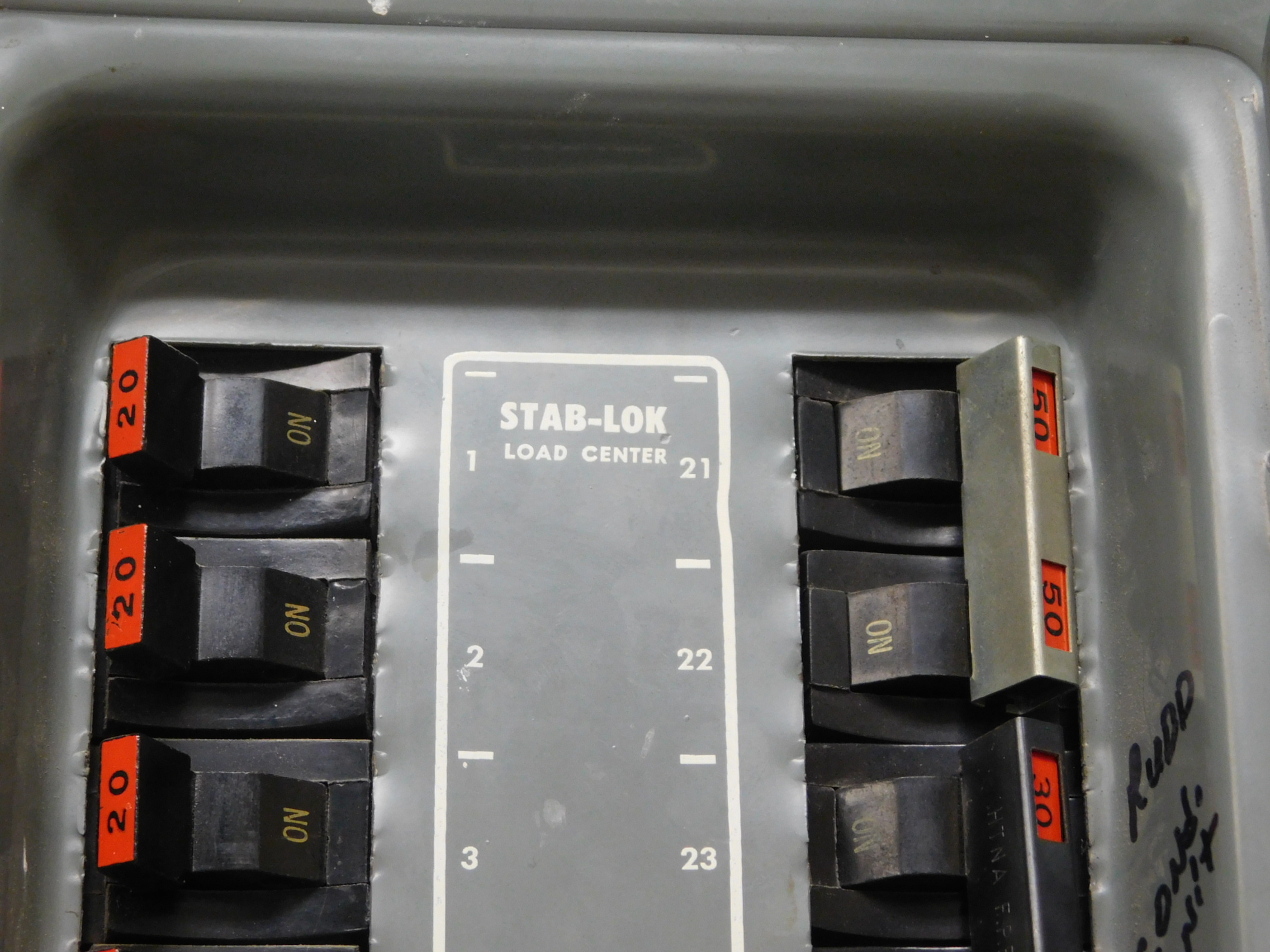 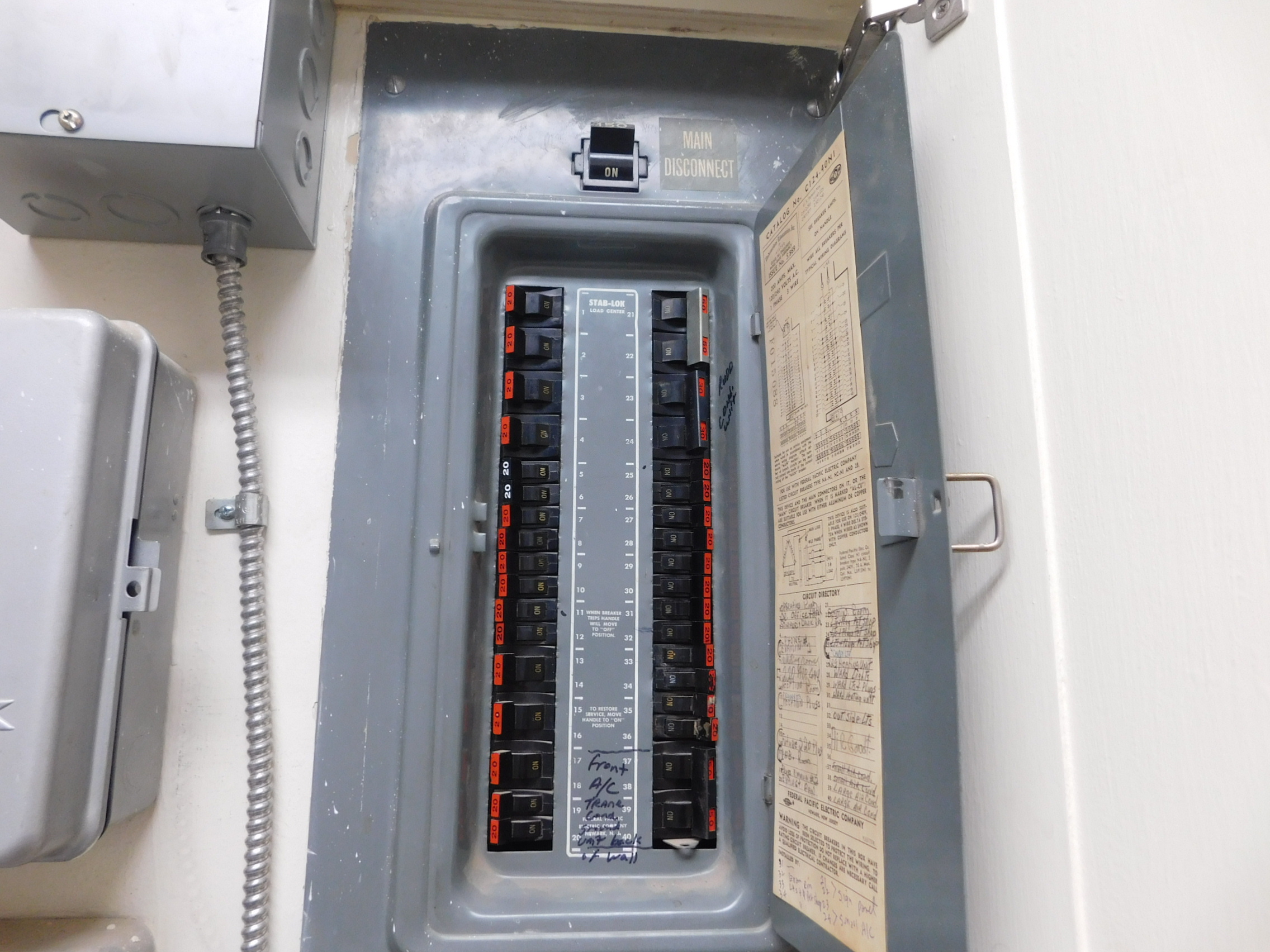 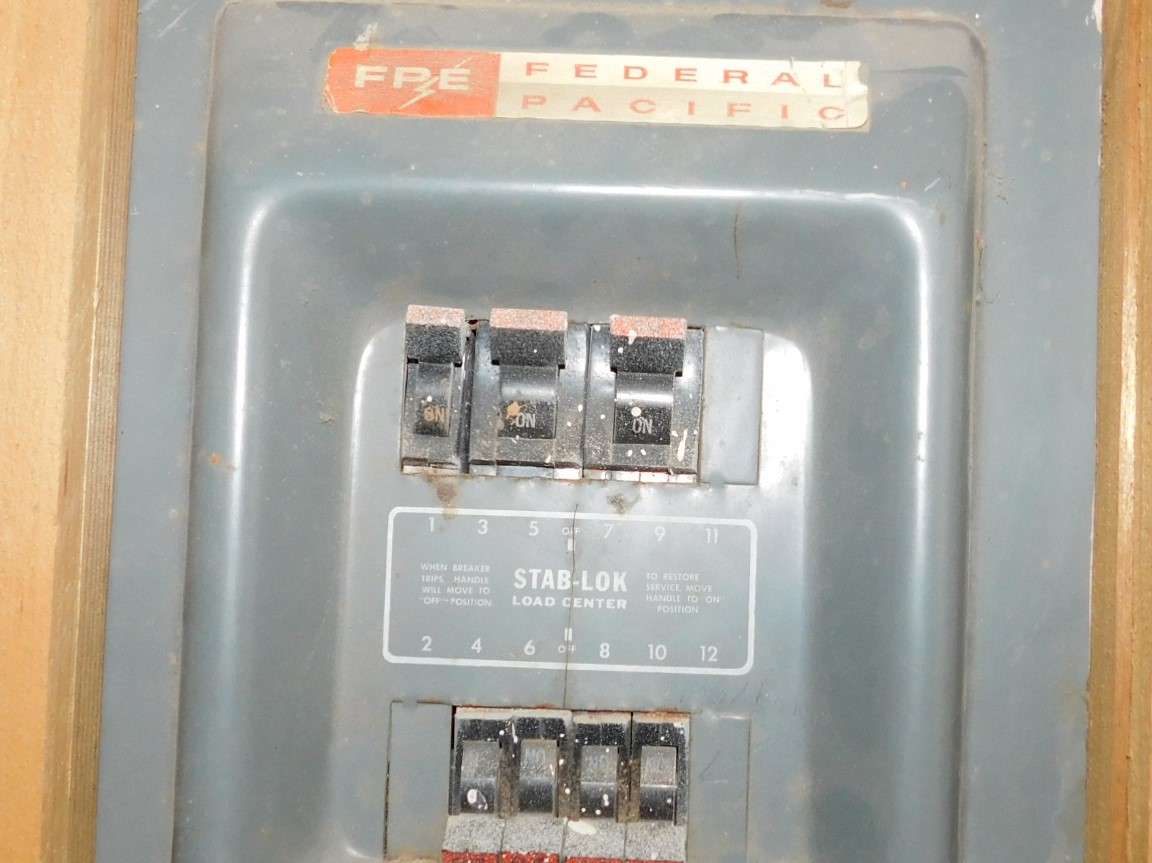 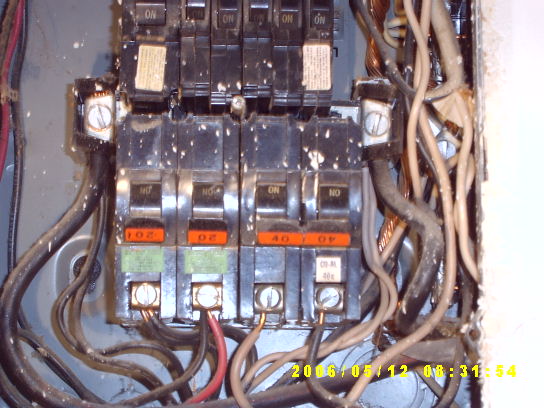 What Should You Do if You Have a Federal Pacific (FPE) “Stab-Lok” Breaker Panel?

One factor that you should consider in determining whether or not to replace the panel is the level of risk that you are comfortable accepting. While we cannot remove every risk from our lives, we should be smart and prudent. In my opinion, having a Federal Pacific panel in your home is not much different from driving too fast, texting while driving, smoking cigarettes, being overweight, not wearing a seat belt, and simply living our lives every day. A Federal Pacific panel in your home will increase your risk to a degree, and your home will certainly be safer without a Federal Pacific panel. These are all factors that you should consider as you make your decision. If you are purchasing a home with a FPE panel, I would definitely recommend that you ask the seller to replace the panel because this would cost you nothing, while making the home more safe. If the seller says no, or if you already own a home with one of these panels, then the question comes back to your level of risk aversion.

I have heard people say something along the lines of, “Well, it has lasted this long, so this Federal Pacific panel must be ok.” That is not good logic because a Federal Pacific panel can work perfectly for years and pass the electrical current through to the breakers and out to the circuits. As I discussed above, the problem will normally not present itself until there is a short circuit creating an over current situation that should result in a breaker tripping. The breaker which has functioned properly for all these years when it has not needed to trip just may not trip the one time that the over current situation occurs. I will repeat the advice that I have already given. I believe the most prudent thing to do if you have a Federal Pacific panel is to consult with a licensed electrician and have them evaluate your electrical system. With this information, you can make an informed decision that will be the best decision for you and your family. In my opinion, the best and safest course of action is to replace the panel.

Mike Morgan, the owner of Morgan Inspection Services, has been inspecting homes full-time since 2002. He can be reached at 325-998-4663 or at mike@morganinspectionservices.com.